Part Two of a new documentary has been produced by the Pulp, Paper and Woodworkers of Canada, which focuses its proud history and its struggle for workers’ rights, environmental sustainability and social justice. Be sure to watch it in HD by clicking on the tiny circle in the bottom right corner when the video starts and then switch to 1080p HD.

For half a century, the PPWC has maintained its core principles through times good and bad. Predicting the slowdown in the pulp and paper industry in Canada, the union has fought hard to expand its membership to education, hospitality and health care workers.

At its most recent convention, members debated a move that would change the direction of the union forever, a new name that would symbolize its move towards younger workers in developing industries.

The documentary, directed by Sean Cain, was submitted to the Canadian Labour International Film Festival in June 2015.

“To be free, the workers must have choice. To have choice they must retain in their own hands the right to determine under what conditions they will work.” 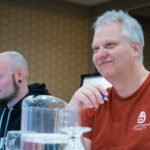 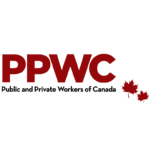 Pulp, Paper and Woodworkers of Canada Agrees on Name ChangeUncategorized