The Confederation of Canadian Unions (CCU), of which PPWC Local 9 is a proud member, was founded in 1969 on the initiative of Madeleine Parent and Kent Rowley, two of the finest labour organizers in the country’s history.

This documentary, called “The Voice for Independent Unions in Canada,” illustrates the CCU’s dedication to the establishment of a democratic, independent labour movement, its newfound working relationship with the Canadian Labour Congress (CLC), and its commitment to growth and renewal.

The documentary was recently selected to play at the 2014 Canadian Labour International Film Festival (CLIFF).

The documentary also focuses on the struggles of labour activists inside the CCU, its proud history, its work with social justice activists in Canada and around the globe, and the new economic challenges of wage stagnation and growing inequality.

Recently, the CCU has benefited from an energized rank and file membership, a bold communications and organizing strategy, and a number of new affiliates joining in just the last two years.

The CCU has been a progressive leader in the struggle for workers’ rights and social justice for all Canadians, and remains the only federation of small and medium sized, independent unions from throughout the country.

“To deny people their human rights is to challenge their very humanity.” 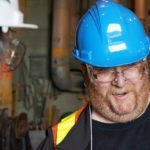